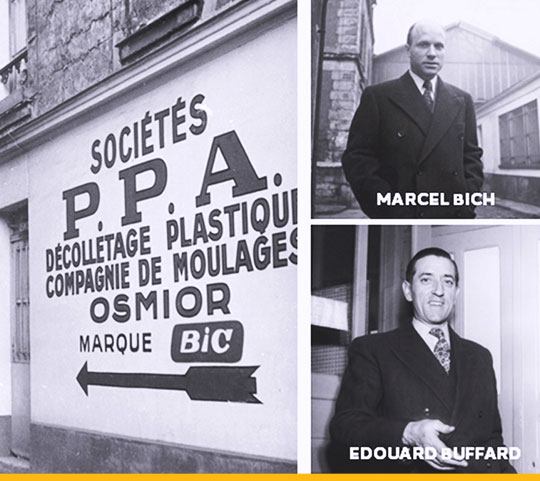 BIC® is a family-owned company listed on the Paris Stock Exchange and a world leader in stationery, lighters and shavers.

The founder, Marcel Bich had a foresight of seeing the potential for the ballpoint pen and improvising the ballpoint for the masses. He launched his own ballpoint pen in France under the BIC brand - a shortened and more memorable version of his own name. The first product created was the BIC Cristal® ballpoint pen, which was the first high-quality pen sold at an affordable price, making it a consumer favourite.

BIC began its global expansion with Belgium in 1951. The Society BIC was then created in 1953 by Marcel Bich and Édouard Buffard to manufacture and distribute BIC ballpoint pens.

Since then, BIC® has established more than 4 million outlets in over 160 countries including France, Italy, Brazil, Japan, Mexico, selling approximately 25 million stationery products every day. It employs over 17, 805 people in 27 factories spread across 4 continents and has emerged as a market leader in Europe, Latin America, Africa and Asia.

Since its inception, BIC has always operated with the vision of offering simple, inventive and reliable choices for everyone, everywhere, every time. The organizational goals and work culture are centered on few key areas:
Together, these values and BIC®'s vision have interwoven seamlessly to give rise to innovative products of the highest quality for consumers worldwide.